CHICAGO—A group of divers last fall made a groundbreaking discovery when they unexpectedly found a largely intact shipwreck mere miles from the Chicago skyline.

According to Dive Right In Scuba’s Manager/Owner Mike Pedersen, the initial discovery was made by his sister business Double Action Dive Charters, during a routine dive trip.

“I always tell my charter crews to keep the sonar running when going from one wreck to another to see what’s underneath,” Pedersen says, “Captain Nicole was doing that and she came across something, so they marked it. She called me that night saying she was pretty confident it was a wreck, so we went there first thing Monday morning.”

A few mornings later, Pedersen, along with a contingent of his most trusted employees and dive buddies, motored to the coordinates and excitedly rigged up to dive. He hopped into the water with a mooring line and chain, and upon descending was “completely blown away” by what he found.

“We got a shipwreck—I’m going back down!” he told his cohorts, before diving back down for further exploration. “We came across the anchor, which is just incredible because it’s still standing upright! It’s crazy!

A short time later, Pedersen and another diver found a completely intact, barnacle-encrusted captain’s wheel that had somehow withstood the test of time. “It’s truly incredible that it’s still there, standing straight up, with all of the riggings, dead eyes, live eyes and pulleys—all of this stuff still right there on the bottom!”

After a very short duration of time, it was quickly apparent that no one else had found or explored the wreck before. Sadly, Pedersen says, when such wrecks are found, they are quickly scavenged and scoured for artifacts and other tokens of humanity’s maritime past. “That ship’s wheel would’ve been gone instantly,” he emphasizes. “It would be the first thing that someone would take.”

Just how rare is such a find? Accounts indicate that a lost, intact shipwreck of this quality hasn’t been discovered in 20+ years, so the magnitude of Pedersen and his crew’s find is quite significant and “incredibly rare.”

“This one was quite overwhelming,” says Captain Nicole Alarid, chief skipper of the vessel, SeaQuest II, that made the momentous discovery. “There were huge artifacts! Stuff I’d never seen on any of the wreck sites I had dove.”

Incited by what they had found, the team returned several times over the following days to further explore the wreck. However, with winter looming and a deep freeze imminent, Pedersen’s team turned to addressing questions over how to protect the underwater gem for future generations of divers to enjoy. “The goal is to preserve the shipwreck intact as it is,” Captain Alarid says hopefully.

Currently, a mix of frigid weather and forbidding conditions is actively protecting the wreck from looting, but the spring looms for Pedersen and his team. Once the water is clear and the ice has melted in mid- to late-April, they plan to get back out to the wreck to finish their 3D models and photogrammetry in order to piece together a story of the wreck’s identity and history.

But besides keeping its location secret for as long as possible, at the end of the day, there is little the team can do to ultimately protect the sunken ship.

“Back in the day, [scavenging] wasn’t illegal…But it is now. So that’s one big deterrent,” Pedersen says, “but again, there’s nothing to stop someone from going and taking something—it’s not like you can set up cameras underwater.”

“So,” he summarizes, “the biggest thing we can do is document heavily with the photogrammetry and all the photos so at least if something does go missing we can tell. Maybe, by painting that picture, people will be able to see it without wanting it in their house.”

“But ultimately, we have to err on the side of caution,” he concludes. “Because you don’t want it to disappear—you want everyone to be able to enjoy it!”

Editor’s Note: Interested in checking out the Chicago shipwreck this spring/summer with Double Action Dive Charters? Head to their homepage and follow them on social to stay abreast of their future tour offerings. And while you’re at it, rig up for adventure with all of Oceanic’s world-class regs, computers, BCDs and soft goods! 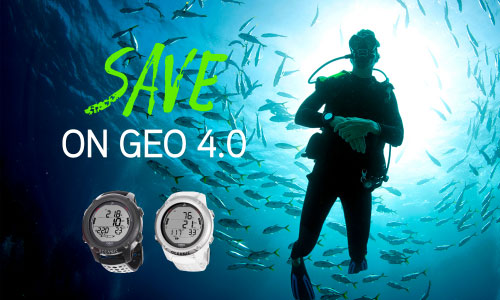